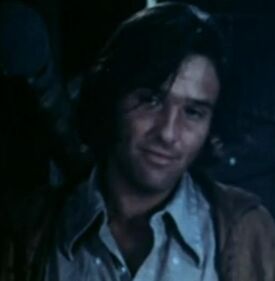 Bobby Lee Hagg is a fictional character of the 1975 movie Moonrunners. He lives in Shiloh County and is a nephew of Jesse Hagg and a cousin of Grady Hagg.

Bobby Lee is a scrapper and has been tossed in Pikkens County jail on more than one occasion.

Hen is responsible for finding Beth Ann Eubanks, who is on the run from family trouble in Mississippi. Uncle Jesse takes her in, and Lee courts her.