Catherine Bach (born Catherine Bachman; March 1, 1954)[1] is an American actress. She is known for playing Daisy Duke in the television series The Dukes of Hazzard and Margo Dutton in African Skies.[2]

Her professional debut was as one of the children in a production of The Sound of Music.[3] Bach's first screen appearance was in the Burt Lancaster murder mystery, The Midnight Man, shot in Upstate South Carolina in 1973, in which she played the murdered coed, Natalie Claiburn. Her next role was Melody in the 1974 film Thunderbolt and Lightfoot.

She heard about the audition for The Dukes of Hazzard through her husband.[4] When she arrived there, she found the producers were looking for a Dolly Parton-lookalike; despite not looking like what they were searching for, they hired her on the spot.[5] One of the earliest costume ideas from the producers was that she wear a tight white turtleneck, go-go boots and a poodle skirt, but Bach asked if she could bring her own outfit, which was a homemade T-shirt, a pair of unraveled denim shorts and high heels.[6] Bach had concerns about the appropriateness of the cut-off shorts at first, saying she couldn't wear them in a restaurant scene. When prompted by the producers to visit a restaurant across the street, Bach found the waitresses were wearing "little miniskirts that matched the tablecloths!"..[7]

Bach posed for a poster as Daisy Duke at the suggestion of the show's producers, which sold 5 million copies.[8] The poster once caused a stir when Bach visited the White House to visit one of her former schoolteachers who was then working there.[9]

In 1985, she served as the model for the figurehead for the schooner Californian.[10]

Bach was born in Cleveland, Ohio,[13] the daughter of Norma Kucera, an acupuncturist, and Bernard Bachman, a rancher.[14] Her maternal grandparents were Mexican and her father was of German ancestry.[15][16] She is descended from the Verdugo family,[17] one of California's earliest landed families.[18] She grew up on a ranch in South Dakota,[19] where she visited her grandparents in Faith, South Dakota, and graduated from high school in Rapid City, South Dakota. She studied arts at University of California, Los Angeles (University of California, UCLA) where she supplemented her income by making clothes for friends and theatre groups.[20] 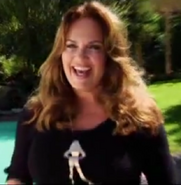 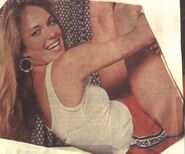 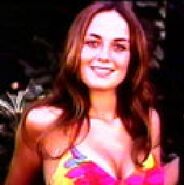 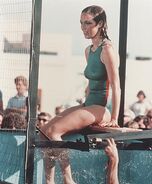 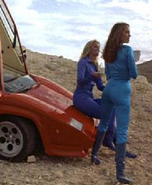 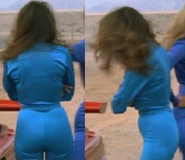 Add a photo to this gallery

Retrieved from "https://dukesofhazzard.fandom.com/wiki/Catherine_Bach?oldid=7873"
Community content is available under CC-BY-SA unless otherwise noted.