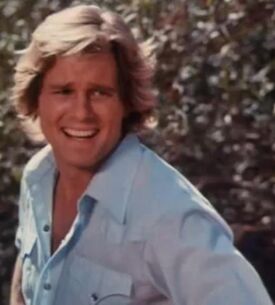 Coy Duke, the replacement for Bo, was another blond-haired cousin who moved to Uncle Jesse's farm along with cousin Vance (Christopher Mayer) after Bo and Luke left Hazzard to join the NASCAR circuit.

Coy Duke, along with cousin Vance Duke, had previously lived on the Duke farm until 1976, before the series had started. He was known for being a partner of Vance's and for getting into trouble. Together, according to Boss Hogg, they "make Bo and Luke seem like choir boys."

Coy moved to Detroit where he was a test driver. In 1982, Luke and Bo contacted him when they wanted to attempt a career in NASCAR. He agreed to return to the farm to help out Daisy and Uncle Jesse in their absence.

Coy was a lot like Bo, according to looks like blond hair, and falling in love with various girls during their adventures. He also loves action, and like Bo, he usually is behind the wheel of the General Lee.

Being written out of The Dukes of Hazzard

Both characters proved to be unpopular with fans and were written out after 19 episodes.

Cherry and Mayer replaced John Schneider and Tom Wopat while the latter two were in contract negotiations.

For more details on this topic, see: Bo and Luke leave the show