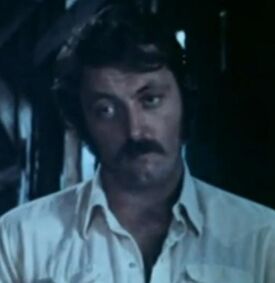 Grady Hagg is a fictional character of the 1975 movie Moonrunners. He lives in Shiloh County and is a nephew of Jesse Hagg and a cousin of Grady Hagg.

Grady is a laconic "Romeo" who drives their stockcar (#54, named Traveller after General Lee's horse).

It is briefly mentioned that Grady probably has a number of kids around Shiloh and Tennessee.