The Dukes of Hazzard Wiki
Register
Don't have an account?
Sign In
Advertisement
in: Pages using ISBN magic links, Actors

He is best known for his portrayal of Beauregard "Bo" Duke in the American television series The Dukes of Hazzard.

John also portrayed Jonathan Kent on Smallville, a 2001–11 television adaptation of Superman and James "Jim" Cryer on the television series The Haves and the Have Nots, created by Tyler Perry.

Alongside his acting career, Schneider has been a singer since the early 1980s, releasing nine studio albums and a greatest hits package, as well as eighteen singles. This total includes "I've Been Around Enough to Know", "Country Girls", "What's a Memory Like You", and "You're the Last Thing I Needed Tonight", all of which reached the top of the Billboard country singles charts.

In 2018, he competed in Dancing with the Stars with professional partner Emma Slater.

Schneider was born on April 8, 1960, in Mount Kisco, New York, the youngest of three boys for Shirley Conklin and John "Jack" Schneider III, a pilot who had served in the U.S. Air Force.[2] His mother is from Sanford, Florida.[3] His family included an older brother Robert, an artist living in southern New York. His other brother (also called John) died of lung failure age 3, three years before John's birth. John's life as an entertainer began at the age of eight, when he put on magic shows for his peers and their families. This once got him into trouble, when he had himself chained up and tossed into a swimming pool with the intention of re-creating Harry Houdini's legendary escape act. When he was 14, he and his mother moved to Atlanta, Georgia, where his love for performing continued. He went to North Springs High School in Sandy Springs, Georgia.[4]

In 1982, Schneider co-founded the Children's Miracle Network with Marie Osmond and her brothers.[5] In 1995, he founded FaithWorks Productions in order to produce family-oriented videos and recordings. In 1998, Schneider became a born-again Christian while living with Johnny and June Carter Cash for a short time, and speaking with Johnny about Christianity.[6]

Schneider was married to former Miss America Tawny Elaine Godin from 1983 to 1986. He married his second wife, Elly Castle, on July 11, 1993. On December 12, 2014, TMZ.com reported that Castle had filed for divorce.[7] They have three children, Leah and Chasen (born 1991), both of whom are Castle's children from her first marriage,[8] and their daughter Karis.[9] Since April 2015 Schneider has been in a relationship with Alicia Allain, his producing partner and owner of Maven Entertainment. Alicia is also his personal and professional manager. They married in September 2019.

Schneider was good friends with James Best, who played Sheriff Rosco P. Coltrane in The Dukes of Hazzard, until his death on April 6, 2015, at age 88.[10]

On June 12, 2018, Schneider spoke to Fox News regarding his upcoming three-day jail sentence for failing to pay alimony to his estranged wife Elvira Castle. He said he has had hard financial times and he has spent his money on repairing his studio in Louisiana which was destroyed in a August 2016 flood.[11] He was arrested at 10:29 AM and released at 3:45 PM. The short imprisonment was due to the overcrowded prison. He contrasted the warm treatment of the prison guards to the "guilty until proven innocent" treatment he received in the court system. However, he still has to do 240 hours of community service and pay the debt to Elvira, or else he faces an imprisonment of five years.[12] 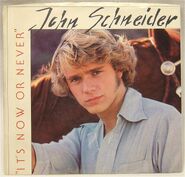