Jonathan Bennett is an US American actor. He portrayed a young Bo Duke in the 2007 movie The Dukes of Hazzard: The Beginning.

Bennett attended Rossford High School in Rossford, Ohio, where he graduated in 1999. He then attended Otterbein College in Westerville, Ohio.

Jonathan Bennett made his first acting experiences at school and was a student of the theatre program at Otterbein college. After graduating from the college, he went to New York to pursue acting.

He was cast as "J.R. Chandler" on "All My Children", a soap opera by ABC, from 2001 to 2002. He became known by playing Aaron Samuels in Mean Girls (2004), Ryan Howell in Love Wrecked (2005) and Bud McNulty in Cheaper by the Dozen 2 (2005). In 2005, he also portrayed Kevin Grady in the Smallville episode Blank. In 2007, he portrayed main character Bo Duke in The Dukes of Hazzard: The Beginning. Further cinema and TV appearances followed, among others as Van Wilder in Van Wilder: Freshman Year (2009).

In 2014, Jonathan Bennett participated in the 19th season of Dancing with the Stars. He was paired with professional dancer Allison Holker. They were eliminated in week 6 of the competition and finished in the 9th place. Since 2015, Bennett is hosting a cooking competition called Cake Wars. In 2018, he published a cooking book.[1] 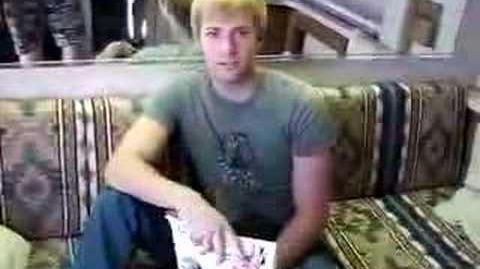 JONATHAN BENNETT on THE DUKES OF HAZZARD THE BEGINNING Set!