The Dukes of Hazzard Wiki
Register
Don't have an account?
Sign In
Advertisement
in: Moonrunners (Film), Films

Moonrunners is a 1975 film, and the precursor to The Dukes of Hazzard television series.

The film was written and directed by Gy Waldron, based on the life and stories of Jerry Rushing.

The story is narrated by the Balladeer (Waylon Jennings), who introduces and comments on the story of cousins, Grady and Bobby Lee Hagg, who run bootleg liquor for their Uncle Jesse of Shiloh County.

Uncle Jesse is a Baptist, who knows the Bible better than the local preacher. He has been a widower since Aunt Libby died ten years ago. He still makes liquor, according to his "granddaddy's granddaddy's" recipe, in stills named Molly and Beulah. Every drop is aged two years, and bottled in glass (never plastic). The Haggs have been making their recipe since before the Revolutionary War, and Jesse only sells to a friend in nearby Florence to ensure that his liquor is never blended with any other.

Bobby Lee (also called just Lee) is a smart-mouthed schemer, named for the Confederate general, Robert E. Lee. In the opening, Bobby Lee gets tossed in the Pikkens County jail for a bar fight at the Boar's Nest. On his way home he helps out Beth Ann Eubanks, who is on the run from family trouble in Mississippi. Uncle Jesse takes her in, and Lee courts her.

Grady is a laconic "Romeo" who drives their stockcar (#54, named Traveller after General Lee's horse Traveller). It is briefly mentioned that Grady probably has a number of kids around Shiloh and Tennessee. (In the pilot episode of The Dukes of Hazzard, "One Armed Bandits", the cousins only half-joke when they wonder if any of the kids in an orphanage are theirs, and this concept was quickly dropped.)

The cousins take Beth to the next race at the local track. The other stockcar drivers include good ol' boy Zeebo, and Zeebo's lackey Cooter Pettigrew. Zeebo (driving #31) and Cooter (driving #28) team-up to beat Grady in the race, leading to a moonlit bootlegger road race between Bobby Lee and Zeebo.

The county boss is Jake Rainey, a friend of Jesse's from the old days (they both bootlegged for Jesse's father in 1934), who owns the local bar/brothel. Jake has control of all the other moonshine in the county, and sells it to the New York Syndicate (mob). He needs Jesse's supply to fill an order, but Jesse will not sell to Jake since Jake would mix it with lesser quality liquor.

To get at Jesse’s supply, Jake uses Sheriff Rosco Coltrane, to harass the cousins. At the same time he uses Zeebo, and Reba (Jake’s wife who is having an affair with Grady) to goad the boys into a trap. During these events, Uncle Jesse calls Jake “hog” (making Jake “Boss Hogg”) as a put-down. In later retaliation, the cousins use a bow with explosive arrows since they are on probation, and cannot own guns.

See also the character correspondencies between the Moonrunners film and The Dukes of Hazzard TV series.

Connections to The Dukes of Hazzard

A number of names, places and situations went from the film Moonrunners to the series The Dukes of Hazzard with little or no alteration.[1][2][3]

Other names or roles were altered, while still keeping recognizable connections.[4][5][6]

Actors who appeared in Moonrunners and The Dukes of Hazzard

Moonrunners was filmed during the fall of 1973 in Williamson and Haralson, Georgia. Many of the original filming locations have changed significantly since the film was produced. A comprehensive photo journal of filming locations as they exist now is part of the Hazzard County Car Club's website.[7] 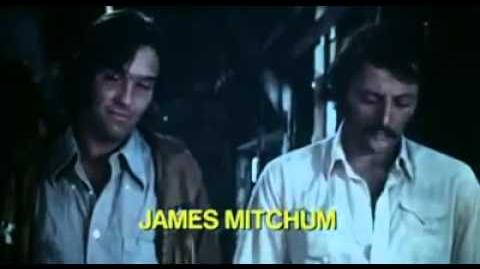 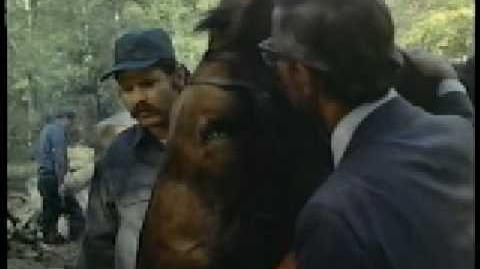 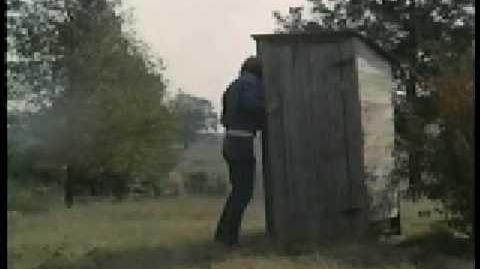